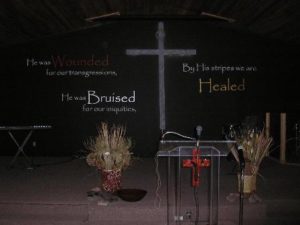 Our mission is to spread the gospel of Jesus Christ into all the world; feed the poor and do good works to show the love of God to a troubled world; help others to come to know and serve Him and partake of His goodness through efforts of evangelism, preaching, teaching, food distribution and other outreach ministries.

Hope Restoration Church has flourished under the leadership of Pastor Clifford Cool since 1992. Since then not only has it grown in strength, numbers and purpose but it’s ministries have expanded into the community. The Windham Community Food Pantry became a building of its own in 2007 and now supports hundreds of families on the mountaintop and surrounding communities. We have been blessed to have a live worship team each week and celebrate Jesus with Sunday Worship services under a tent near the Windham Path behind our building during the summer. The grace and goodness of God knows no limits, come and be blessed!

The Fundamental teachings of this corporation are reflected in the following, clear statements of faith: